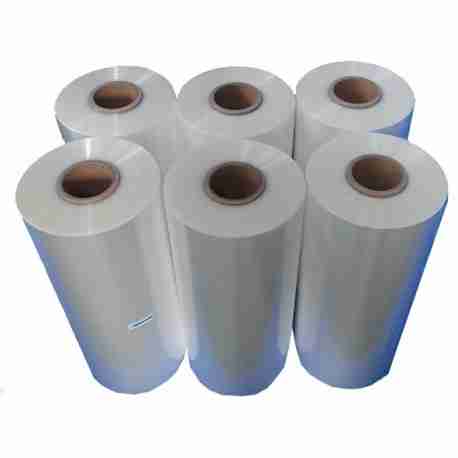 Stronger Seal Strength – The weakest point in a shrink wrapped package is the seal seams. A standard shrink film does not obtain the same seal strength as a cross linked shrink film. Stronger seals reduce damaged packages and ensure customers are purchasing a product that has not been tampered with.

Less Residue – Over time a shrink film will leave residue behind on the sealing wire or blade. The left-behind residue causes the need to replace sealing wires and blades. For fully automatic machines making thousands of seals daily, a reduced residue is ideal for saving time and reducing the amount of replacement sealing blades.

Increased Clarity – The ability to use a thinner film with comparable strength increases the clarity of the shrink film. Irradiated cross linked shrink film also has less haze for better clarity.

Products With Sharp Edges – Because of the increased strength of a cross linked shrink film it can often be a better option for products with sharp edges and corners. The cross linked film can help ensure products will reach customers without being tampered with.